Apprentice of the Year Sponsored by Northumbrian Water Winner – Louisa Phillips, nominated by Hartlepool College and employed by Gateshead Council

For Louisa, what started out as a possible career in business administration turned into one as a Civil Engineering Apprentice. Louisa is enthusiastic and passionate about her new career and is driven by ambition and the need to succeed which is evident in her college grades and her success in a predominantly male environment. 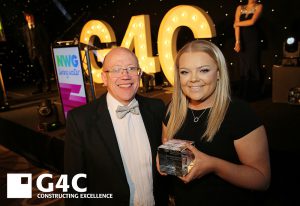 Student of the Year Sponsored by Bowmer & Kirkland

Jack took a more traditional route into the industry after completing A Levels. His commitment, work ethic and knowledge of the subjects has been outstanding and he has gained distinctions in each of the units completed. Jacks enthusiasm, desire to learn and approachable/supportive attitude has made them a real asset within the design team in which they now work. 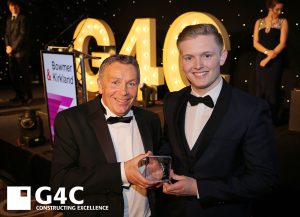 Not only has Sarah achieved the highest marks of all business students over her three years of study, she has also massively contributed to the university extracurricular activities and has been awarded several University awards. She is also the youngest school governor in the North East. Sarah is currently studying for a Masters in Education focusing on special needs and disabilities. 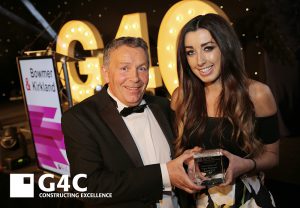 Kristian has shown outstanding commitment and drive to the industry by playing a key role in the projects he delivers and everything else he does. Working alongside a local charity he has helped the families, the charity and given 17 young people the opportunity to learn about the industry. This resulted in the team winning Wilmott Dixon Construction’s Trainee Challenge. 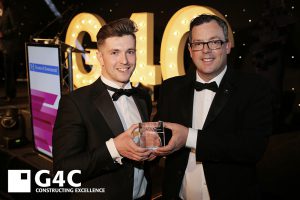 New Professional of the Year Sponsored by Elliott Associates

As well as meeting the highest standards in her academic and professional life, Nathalie has worked hard to address what she believed to be a lack of representation for young people in their profession early in their careers and established the recently launched Young Professionals Group. As a founding member of the committee, Nathalie has invested time to move the Forum forward so that Architects and other construction professionals can access learning opportunities and communicate and engage with each other. 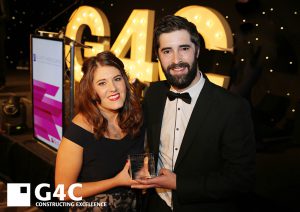 Commitment to Training and Development Sponsored by Corepeople Recruitment

Willmott Dixon Construction pride themselves on their organisational values, heavily investing in their employees through training, to enhance the careers of those within the business. They have created their own academy looking at future leaders and nurturing trainees and apprentices to become the best they can.

They have strong relationships with JobCentre Plus, NEETs, local schools and colleges as well as supporting young people back into work who have recently been in custody.

Most recently Willmott Dixon Construction became the first major contractor to win a Queens Award for Enterprise for Sustainable Development and has also been awarded the CommunityMark – Business in the Community. 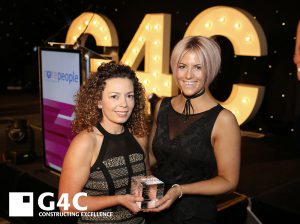 David has shown a huge amount of enthusiasm and passion for the industry. He began his career with a 1st Class Honours in Construction Engineering Management then progressed to the Graduate Construction Manager scheme. David has single-handedly managed his own site following the departure of the original Project Manager and has taken on additional responsibilities.

In addition, in the evenings and at weekends, David has undertaken a distance learning Masters in Construction Project Management, APM qualification and gained Chartered Membership of CIOB. He is also a STEM Ambassador and Champion for Inspiring the Future. 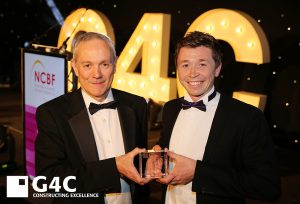 For those of you who attended and for those who would like to see highlights from the evening please follow the link to view the photographs on the Generation4Change North East Facebook page  http://tinyurl.com/ky3ajbv