The company used techniques it has developed to install a barrier system to manage historical contamination at the site in Riga.

And the completion of the project comes after ATG Group lobbied the Latvian government for a number of years to allow the remediation project to go ahead.

Until changes in the law, Latvian environmental agencies refused to allow remediation. But after officials visited projects ATG Group were working on in the UK, and spoke to UK environmental agencies, they accepted the benefits of remediating land. The Latvian parliament then changed laws, which allowed the project to go ahead.

The work on the site – which is now being used for constructing the Lidl store – included the use of underground blocking and filtering technology.

A radical plan was needed to protect the Sarkandaugava canal – which borders two sides of the site – after high concentrations of petroleum hydrocarbons were discovered.

A remediation strategy was designed by VentEko with hydrogeological modelling by Riga University. It was concluded that the optimal design was a barrier combined with impermeable surfacing on site to prevent infiltration.

ATG Group, which recently opened a base at the North East Business & Innovation Centre, was then contracted by VentEko to use its technologically-advanced methods to build the barriers. They were installed via a soil mix design using augers due to the high water table and unstable ground conditions.

Installation of both permeable and impermeable barriers and a drainage design is was installed by staff from ATG Group, which has headquarters in Northern Ireland.

The technique not only helps clean pollution from more than 52,000 tones of soil, it also helps reduce Lidl’s carbon footprint by cutting 324,000kg of CO2 emissions.

Managing Director Dr Mark McKinney said: “The Lidl contract has been an exciting project to be involved with. It highlights the challenge of developing contaminated brownfield sites and demonstrates how our innovative techniques can make a world of difference.

“Keeping in mind that there are 28,900 m3 of polluted soil at the site, removing it all would require digging enough soil to fill almost 12 Olympic sized swimming pools. This amount of soil weights around 52,020 tons. If we wanted to remove this soil to some spot outside Riga just 15km away, we would need about 3,468 round trips by lorries, which is a total of 104,040 km!”

Mikus Ķīsis, Lidl Latvia’s head of real estate, added: “This international groundwater remediation project is only the first step in Lidl’s project for redevelopment and regeneration of this land plot. Inhabitants of Sarkandaugava will benefit from a cleaner and well-maintained store area.” 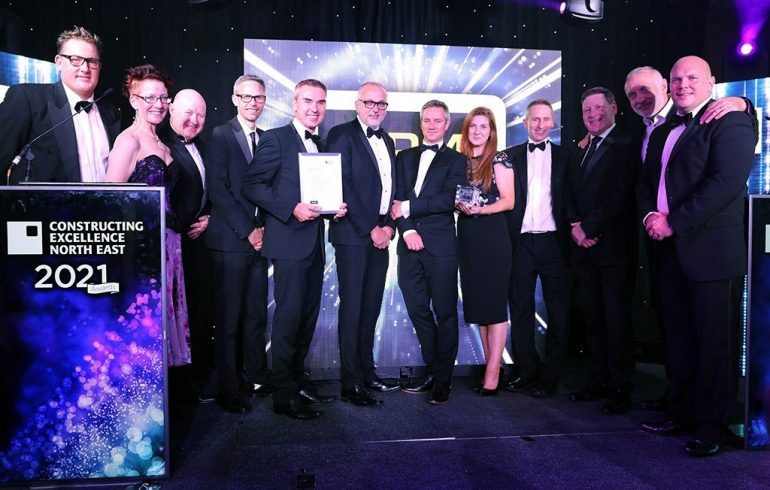 Reward and Recognition for the Built Environment