Apprentice of the Year
Sponsored by Atlas Cloud

The winner of this category decided after an academic route wasn’t for them enrolled on an apprenticeship within a local company to persue a career. After a short period of time this individual who is now completing their level 3 in Business and Administration takes the lead of the Apprenticeship programme the company offers and is recognised as a CITB Ambassador. She has attended many events with CiTB to inform parents and their children of the range of disciplines in construction and she has been the ‘face’ of the company at industry career fairs to promote the apprenticeships. She single handily organised their own successful apprenticeship event in 2015.

She is currently mentoring an apprentice administrator to develop their skills and learning as well as gaining her CSCS card to ensure the apprentices on site are reviewed. 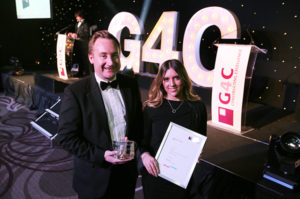 Student of the Year
Sponsored by Turner & Townsend

The winner of this category goes to an individual who didn’t start their career within the construction industry, but began as a trainee solicitor who was in the top 10% of qualifying students to receive the Honours Roll for Bond Dickinson. They then enrolled on a Graduate scheme with a local company as a Quantity Surveyor and currently studying part time for a MSc in Construction Project Management at Northumbria University where he has received distinctions.

He was recently given responsibility for two small civil engineering projects due to his experience with contract law which as a result has significantly furthered his expertise. He has acquired student membership for RICS and ICES to work towards their full membership in the future and attends regional seminars to continue his professional development. 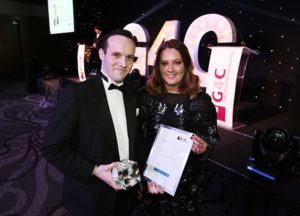 Trainee of the Year
Sponsored by Elliott Associates

Rubie Lee at a young age has already excelled within her organisation with them forming a new role to work alongside the project managers to get the best results from the project. She is an ambassador for women in her field and a role model to her peers by sharing her experiences.

She began her career achieving a level 2 and 3 in business administration and her drive for further development was admired when actively searching for additional duties and training courses, including an ICT qualification, again undertaking this during her own personal time. She has now enrolled to complete her BTEC Level 3 Subsidiary Diploma in Construction as well as a HNC in Building Studies.

She was voted ‘Best Newcomer’ in her organisations Excellence Awards and actively sits on the companies Health & Safety committee where she has been trained on CDM. She promotes sustainable technologies and has set up a pilot property to demonstrate the use of the wall insulation to their tenants. 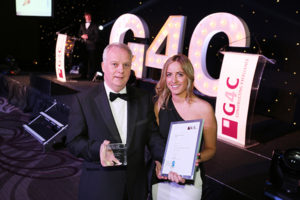 New Professional of the Year
Sponsored by Jacksons Law

Louis embarked on his construction career at the age of 16 as a trainee quantity surveyor whilst studying part time for a National Certificate in Construction Management at Newcastle College achieving a double distinction. He then went onto enrol onto a part time Quantity Surveying at Northumbria University where he received a 1st class honours degree and has also been awarded the Royal Institute of Chartered Surveyors North East Prize for ‘Best Quantity Surveying Final Year Student’.

He is an active participant of the companies ‘Give A Day Of Your Time’ initiative in which the company encourages employees to give up a day of their time to help good causes in the local community. He has also been a fund raiser and team member in their charity futsal tournament.

He excels in his field on the projects he has been given responsibility for and now manages key high projects for this organisation as well as showing exemplary customer satisfaction to the stakeholders. 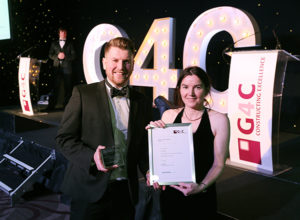 This organisation prides their organisational values and vision on their people and it can only be achieved through their experience, commitment and training. They have created their own training solutions programme as well as initiatives within the organisation looking at their future leaders and Health & Safety. Both of these initiatives look at staff getting home safely to their families as we all nurturing their young leaders and apprentices to become the best they can be.

Over a three year period with the opening of their new training facility aims to employee over 150 apprentices along with the current 120 apprentices they already employ. Training and staff development is extremely important within this organisation and they have 12 dedicated training managers to focus on this.

Most recently this organisation has won the CiTB Managing Agent Large Apprenticeship Employer of the Year Award as well as the HR&D Technology Award at the CIPD North East Awards for their Think Change online communication tool. 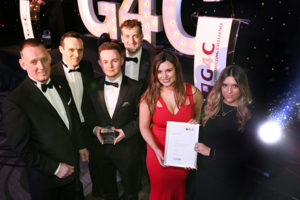 The team at Esh Group receiving their Award from Phill Beaumont, Chair of CIOB NE.

The Young Achiever – G4C Award goes to Natacha Redon who has shown their drive and enthusiasm by engaging with Clients at early stage of each project whilst also having a major influence upon her colleagues and peers within her work environment by giving them advice on their dissertations.

Her enthusiasm for sharing knowledge and helping the industry to collaboratively reach a higher standard is also demonstrated through her conference and seminar presentations. Her activities for the Association for Project Management, as an committee member and most recently as a non executive trustee and board director.

She delivers lectures to the local universities, to colleagues in the office from CPD events she has attended as well as being a Building Information Modelling trainer. She actively continues support for local charities including The Percy Hedley Foundation by involving key management in her organisation.

Natacha also won this Award a couple of years ago and I am delighted to see she has continued with her success! 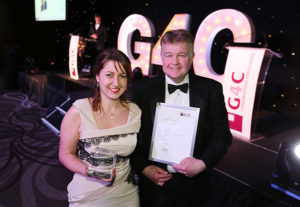 If you would like to see further images from the evening please go to http://tinyurl.com/z3e4lp8 or like our ‘Generation4Change North East Facebook page to keep up to date with whats going on!