On Friday May 3rd, over 210 guests were in attendance at the Generation4Change North East 2019 Awards at the Crowne Plaza Hotel. Please see below the winners. 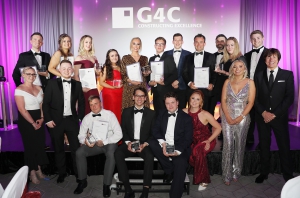 Isabelle joined their company as an apprentice Quantity Surveyor and is currently working towards their chartered surveyor degree after completing a BTEC Level 3 in Construction and Built Environment. They regularly attend CPD events and are a student member with the RICS and ICES with the view of gaining professional membership. This person has showcased to over 150 students what excellent achievements can be made in the industry discussing the responsibility of the sites they are working on. 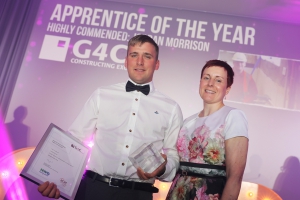 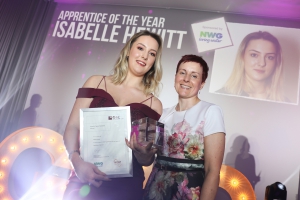 Student of the Year
Sponsored by Bowmer+Kirkland

Ryan has excelled at their academic work, achieving outstanding marks in their final year project and demonstrating exceptional presentation skills. Starting as an Apprentice and working their way up through the ranks to Engineer, the winner has demonstrated excellent communication skills when working on projects and particularly with clients. And that’s not to mention their work with schools and mentoring young people in the industry.

Only someone with true dedication to the industry would be able to achieve so much so quickly. 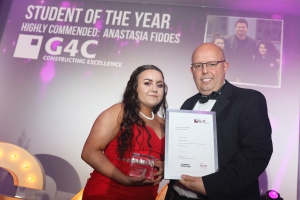 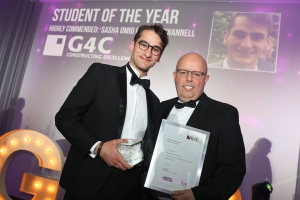 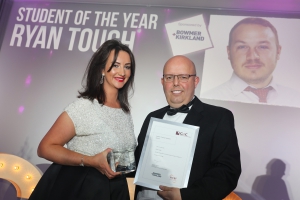 Trainee of the Year
Sponsored by CITB

Alexandra is a remarkable individual who has developed in their career over the last few years. Beginning as an apprentice they were promoted to assistant site manager and are currently working on three high major projects within the region. They have been instrumental in changing perceptions and behaviours on site, one way in which they have done this is by inviting the NHS and mental health charities to raise awareness. Furthermore, this has now been rolled out on more of their companies sites across the North East. They have also raised funds for local charities by organising sponsored walks.

Within their organisation they have become involved in eradicating the negativity of stereotypes in the industry. Particularly, focussing on STEM and women in construction and has appeared in a video with Tees Valley Combined Authority. They have attended careers fairs, held site visits and organised a competition for school children to design a garden. 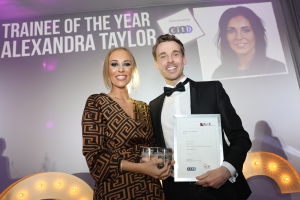 New Professional of the Year
Sponsored by CDM Recruitment

Hollie began their career in architecture before moving into a design and build role. They believe the ability to change your career should be celebrated and used, along with the range of careers, to promote the industry to young people, especially women. They are a keen advocate for the industry and currently mentors GCSE students, champions the North Eastern Universities Purchasing Consortium working schools group, supports four PlanBEE students and will soon be a CITB Construction Ambassador. Their commitment to their employer is admirable, working hard to improve site scores by achieving 83% for BREEAM and increasing the Considerate Constructors Scheme score from 41 to 43. As a BIM Champion they are driving the business towards a BIM future enabling smooth project delivery. 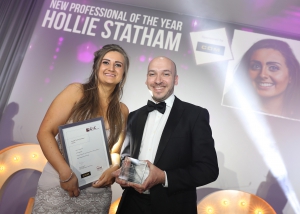 Commitment to Employee and Training Development
Sponsored by Faithful+Gould

This organisation believes their employees are to take responsibility of their own career and professional development. They are passionately encouraging new recruits into the industry by mentoring and attending school careers days. And, having set up a relationship with a local university’s engineering department in order to identify future talent, this has led to them securing four graduates.

Members of the company have recently taken on Mental Health First Aid training, along with technical courses. They pride themselves on working closely with the community and are sponsors of a number of charities including the local ‘Heel & Toe’.  This organisation’s business strategy also takes a strong interest in equality and diversity within the office, with an intake of 45% female to male ratio. 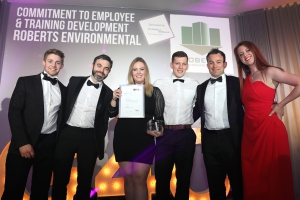 Mentor of the Year
Sponsored by Wates

Paul is passionate about investment and training of staff and takes a personal interest in developing rapport with individuals. As a mentor he provides juniors with a framework to improve their skills whilst also appreciating each person’s individuality.

Stefan knows the value of having a good mentor having benefitted from mentoring himself. Whilst his mentoring role has not been formal, he has always offered support to those who have contacted him or met him through work, even mentoring competitors. It’s clear to see that he revels in the success of his mentees and has brought one with him tonight 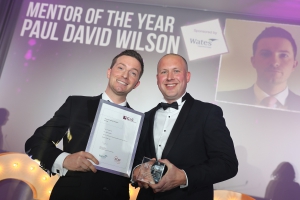 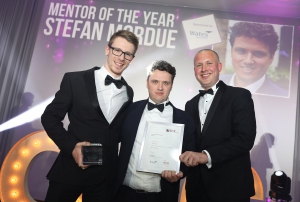 James is an outstanding employee, delivering on every aspect of work for their employer. However, they also strive to ensure that their specific field of work is developed further in the wider industry and becomes embedded in industry good practice.  In addition, they promote the industry and support the future workforce through internal and educational mentoring schemes.

Using a collaborative working approach and their extensive specialist knowledge, this individual plays a key role in leading, supporting and influencing positive change in construction. 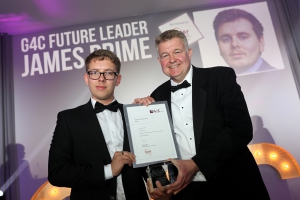 To view further images of the evening head over to our Generation4Change North East ‘Facebook’ page.