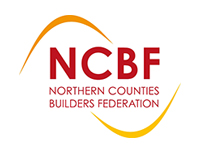 On Friday 23rd October we held the Generation4Change North East and Tees Valley Awards, virtually. We’d like to thank all those who joined in the ceremony and congratulations to all the winners. Please see below the full list of winners. Thank you once again to Northern Counties Builders Federation for being our headline sponsor as well as all the category sponsors.

Higher Education Student of the Year
Sponsored by Bowmer+Kirkland

Louise’s notable initiative and drive enables them to take on additional responsibilities in high profile projects.

Their academic prowess has led to them being awarded a bursary to support their studies and they have also been appointed as vice chair of their regional institution’s young professional’s network.

She is, without doubt, a huge credit to this industry.

Further Education Student of the Year
Sponsored by Bowmer+Kirkland

James is passionate about the construction industry and their excellent work ethic has led to them being involved in complex, multi-million-pound projects. Academically they have been strong, receiving awards from their college and they are always keen to participate in STEM and careers events to promote the industry to young people. 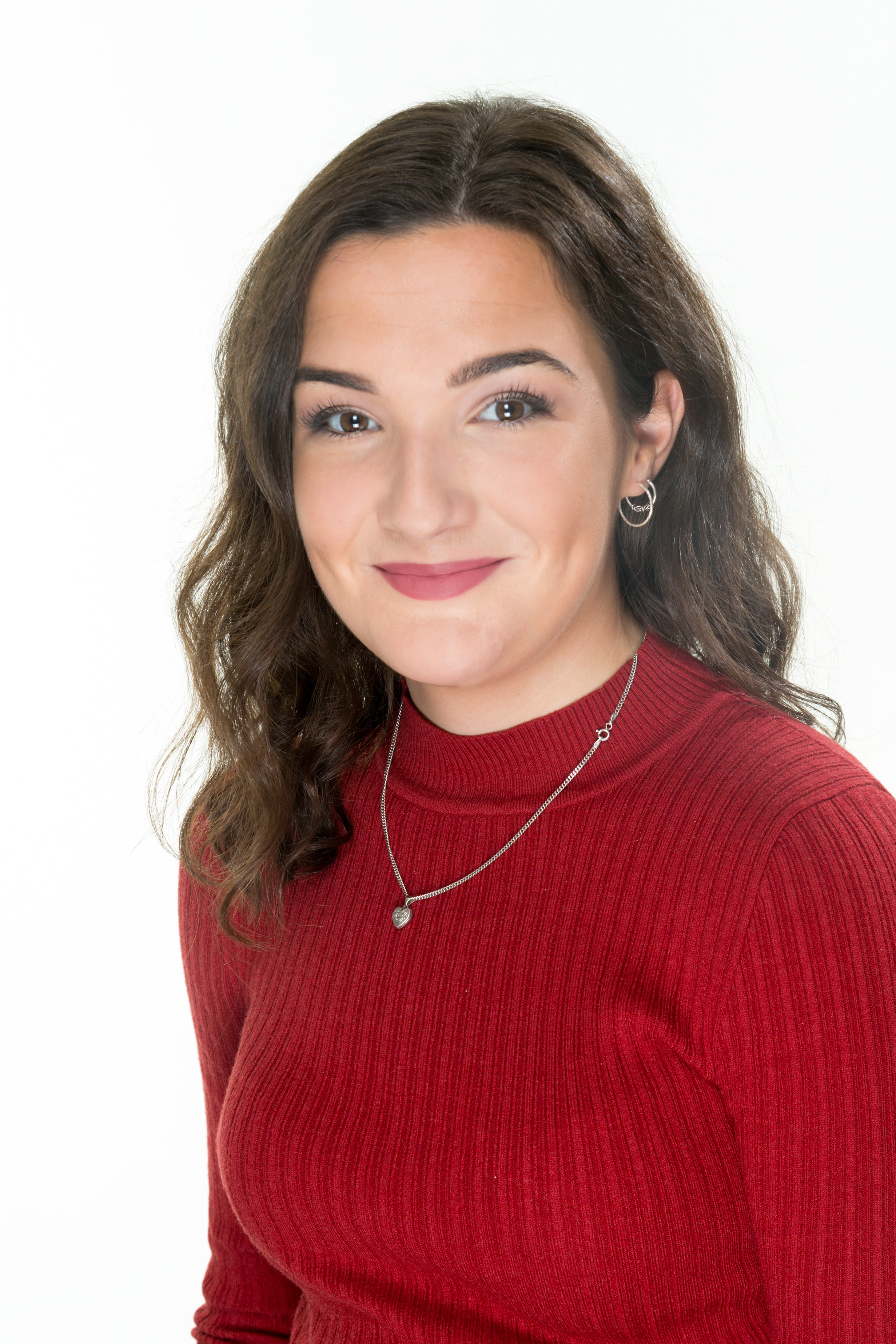 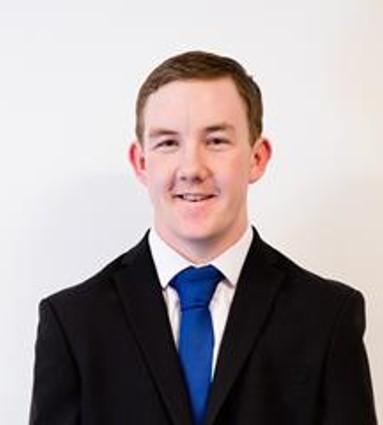 Trade Apprentice of the Year
Sponsored by Wates Construction

Hardworking and professional have been used to describe our winner tonight, but they are also a team player who strives to be top of their game. Their enthusiasm and work ethic are already being used to encourage others at work and college to showcase their own skills.

Our winner tonight is not simply good at their job – they are world class. If there wasn’t a pandemic, they would probably be in China this month, representing the UK in roofing.

Technical Apprentice of the Year
Sponsored by Wates Construction

Aimee is excelling in their chosen field. Their interpersonal skills and ability to bring teams together sets them apart from the rest and has been invaluable in delivering projects to. An innate ability to identify potential mental health issues and provide support is valued by their company whilst a willingness to mentor secondary school and college students demonstrates their commitment to the future of the industry. 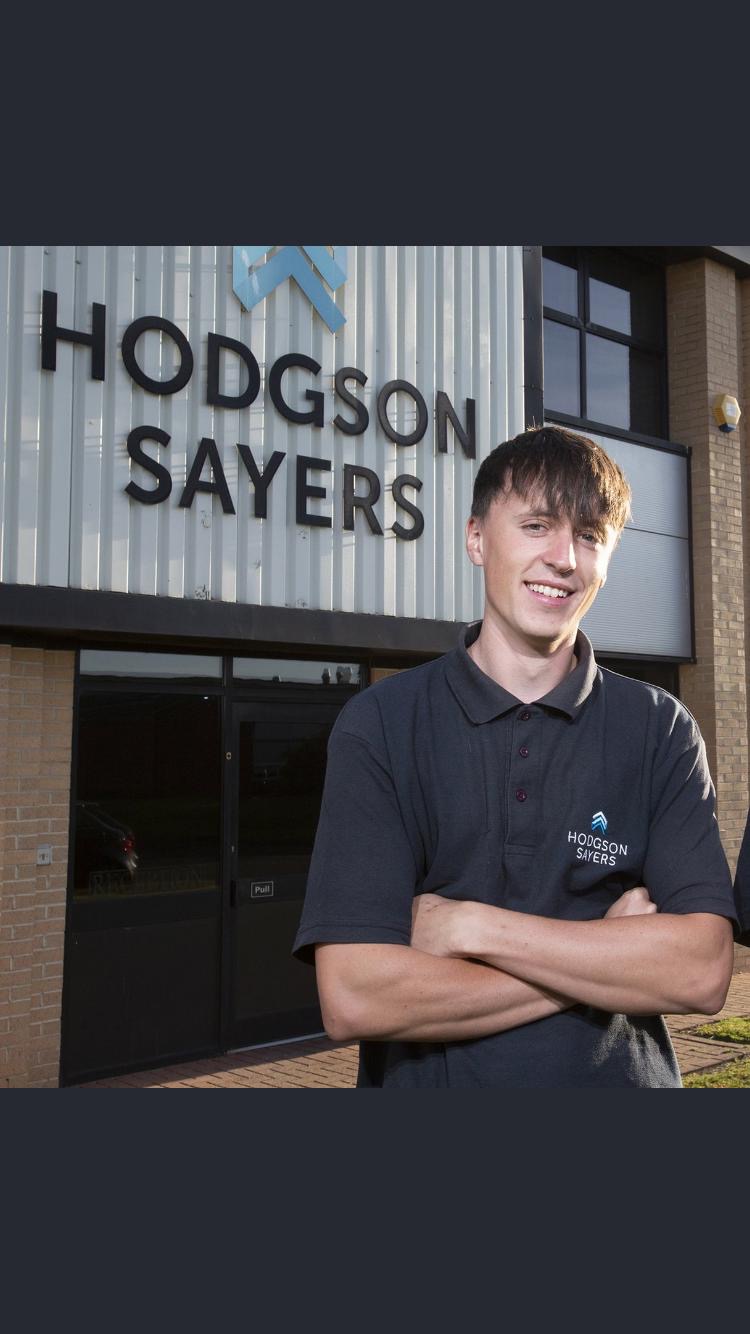 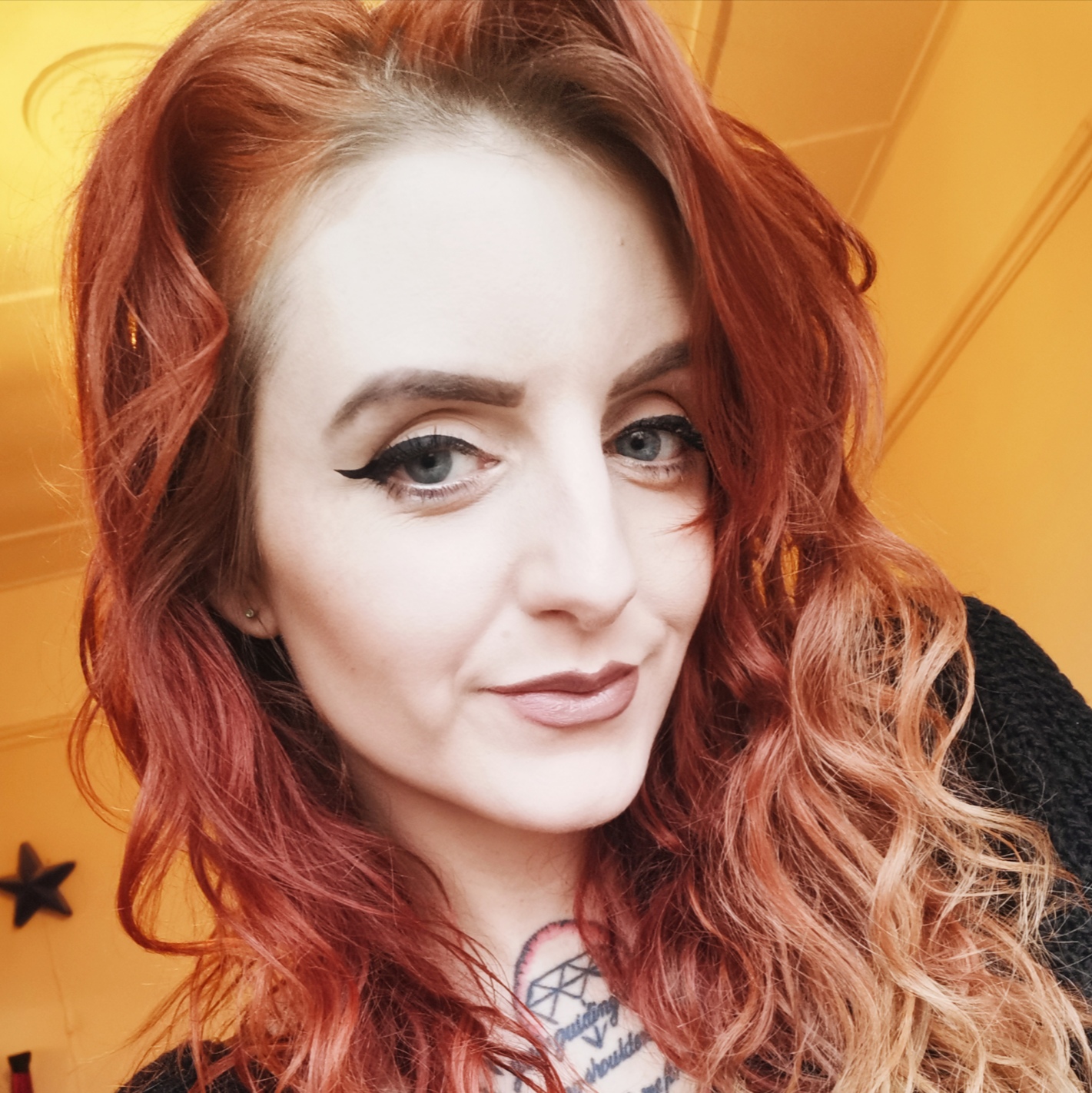 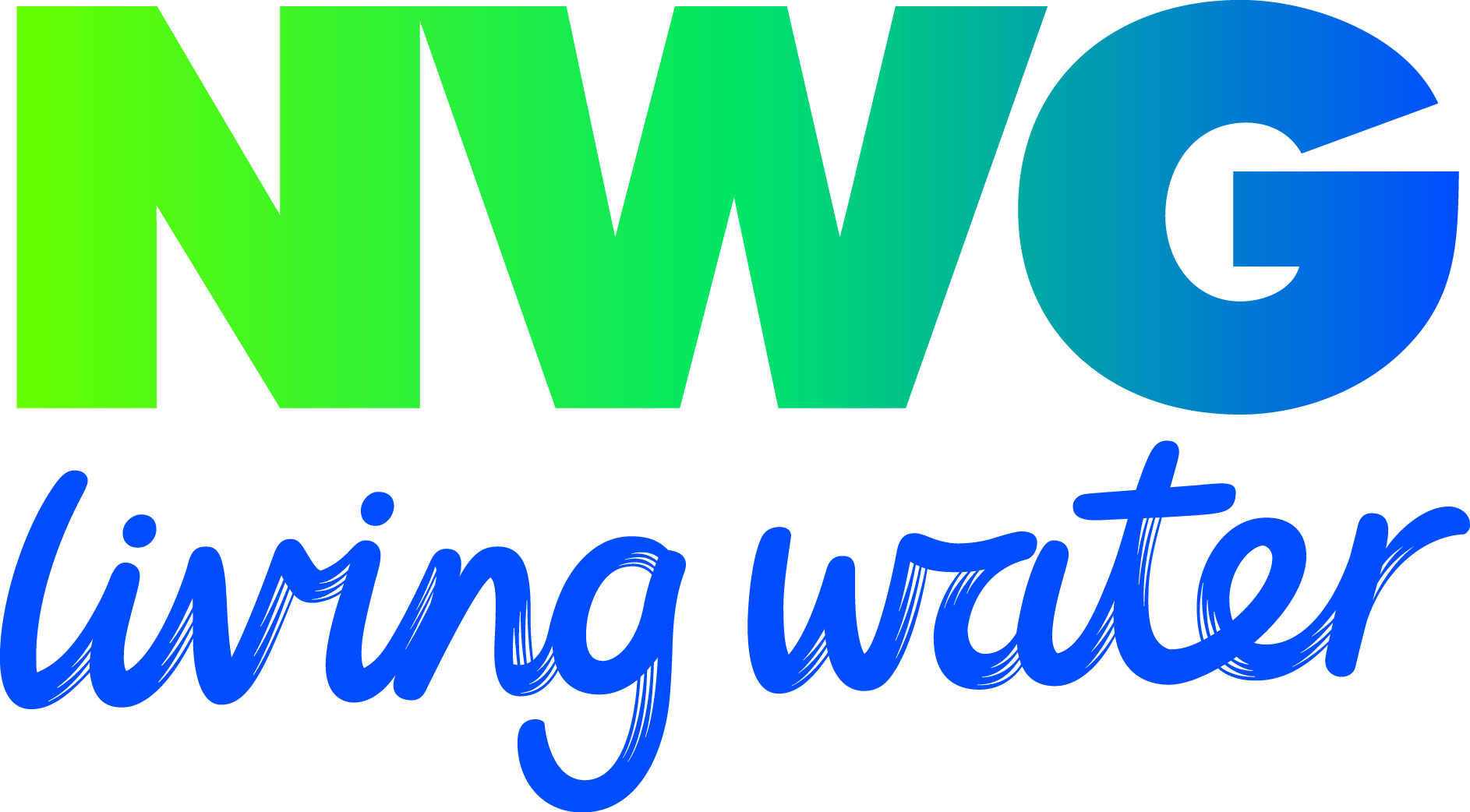 Trainee of the Year
Sponsored by Northumbrian Water Group

David shows ambition, talent, and dedication to the industry, going above and beyond what is expected of a trainee at every opportunity. Having been fast tracked through the company graduate scheme and receiving promotion to a manager’s role in only 18 months, they have delivered exceptional results on every site they have been involved with. Their enthusiasm for implementing CSR and sustainability initiatives on site have been commended and their support in developing positive relationships between supply chain partners are traits we would wish to see in all future managers.

Annabel demonstrates enviable enthusiasm in all they do. Having joined the company as a trainee, they are now in the final year of their part-time degree, maintaining high results throughout in addition to fulfilling a caring role for elderly relatives. They have demonstrated strong leadership roles on several schemes across the region, always ensuring the Clients expectations are met. Leading by example, they have undertaken numerous personal challenges for charity, established a lunchtime wellbeing and walking group to support colleagues and encouraging them in other charity challenges. Their commitment to promoting the industry in schools includes roles as a Construction Ambassador and championing women in construction. 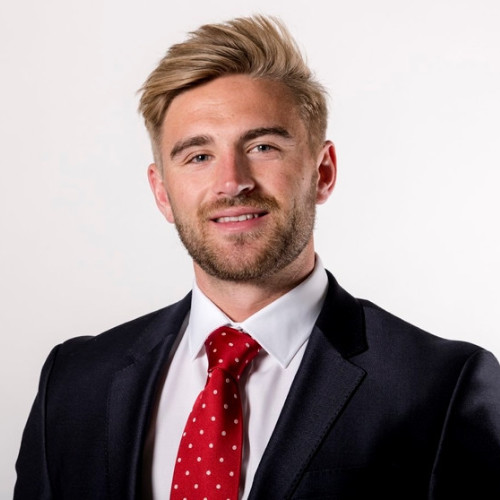 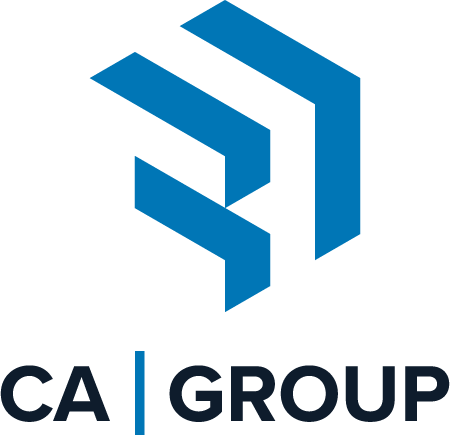 New Professional of the Year
Sponsored by CA Group

Ryan received a number of high calibre nominations but there were two candidates that the judges just couldn’t separate. Therefore tonight, we have joint winners for New Professional of the Year.

Our first winner in this category has shown themselves to be an outstanding professional, excelling academically and receiving awards for their work from the university. Whilst surpassing expectations within their day job, they have also found the time to be a PlanBEE mentor, STEM Ambassador and Mental Health First Aider, championing wellbeing in the workforce. They are also working with other young professionals through the CIBSE Young Engineers Network NE to explore collaborative and innovative working.

Over the last 2 to 3 years, this individual has thrived, quickly becoming a reliable and trusted source of information for the company and the supply chain. Having completed a full-time Construction Management Degree with first class honours, whilst working part-time, they have continued to push themselves by taking on new responsibilities. Keen to build on their university education, they have researched new technologies to be introduced across the business, including an embodied carbon tool and rendering software. 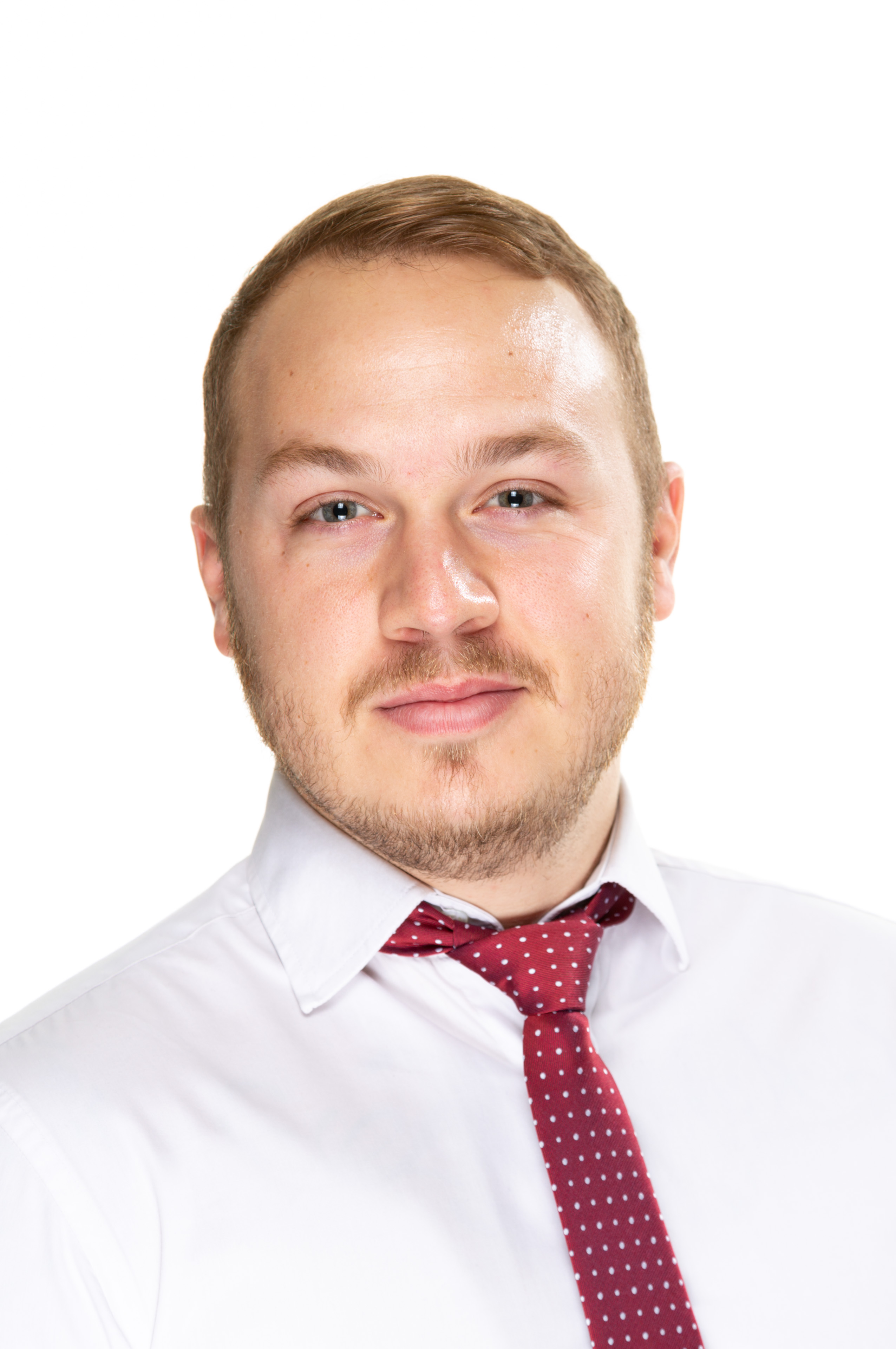 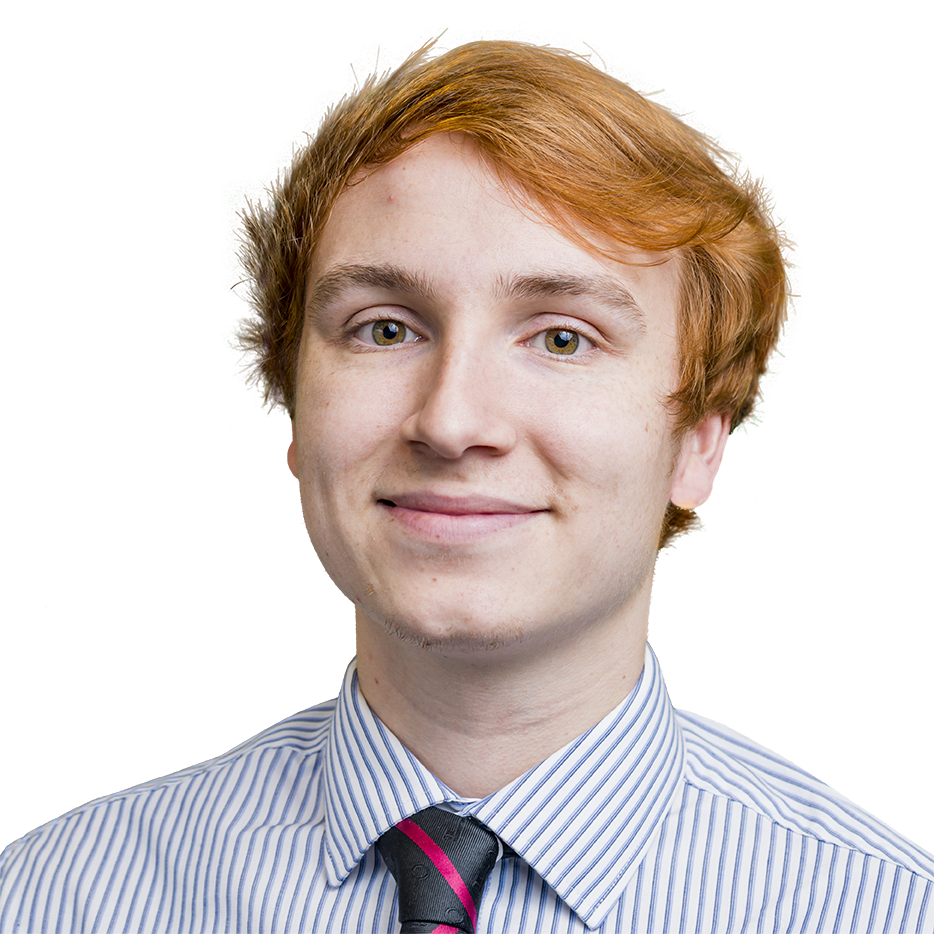 Commitment to Employee Development and Training
Sponsored by Faithful+Gould

Interserve Construction believes people are their greatest asset and they aim to provide the training and skills to enable everyone to meet their full potential. Training and development are central to their social economic commitment and essential to securing the ongoing success of the organisation. In the North East region, they have committed to a minimum of 17.5% of their total staff being trainees, graduate trainees or apprentices and currently have 26 trade and technical apprentices including higher level apprentices on degree courses.

They also believe an environment where equality exists leads to better performance from all employees. They were the first UK contractor to obtain the Investors in Diversity accreditation and their employee support networks, for women, LGBT and BAME all support the development and realisation of equality across the organisation. 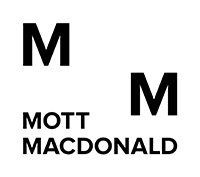 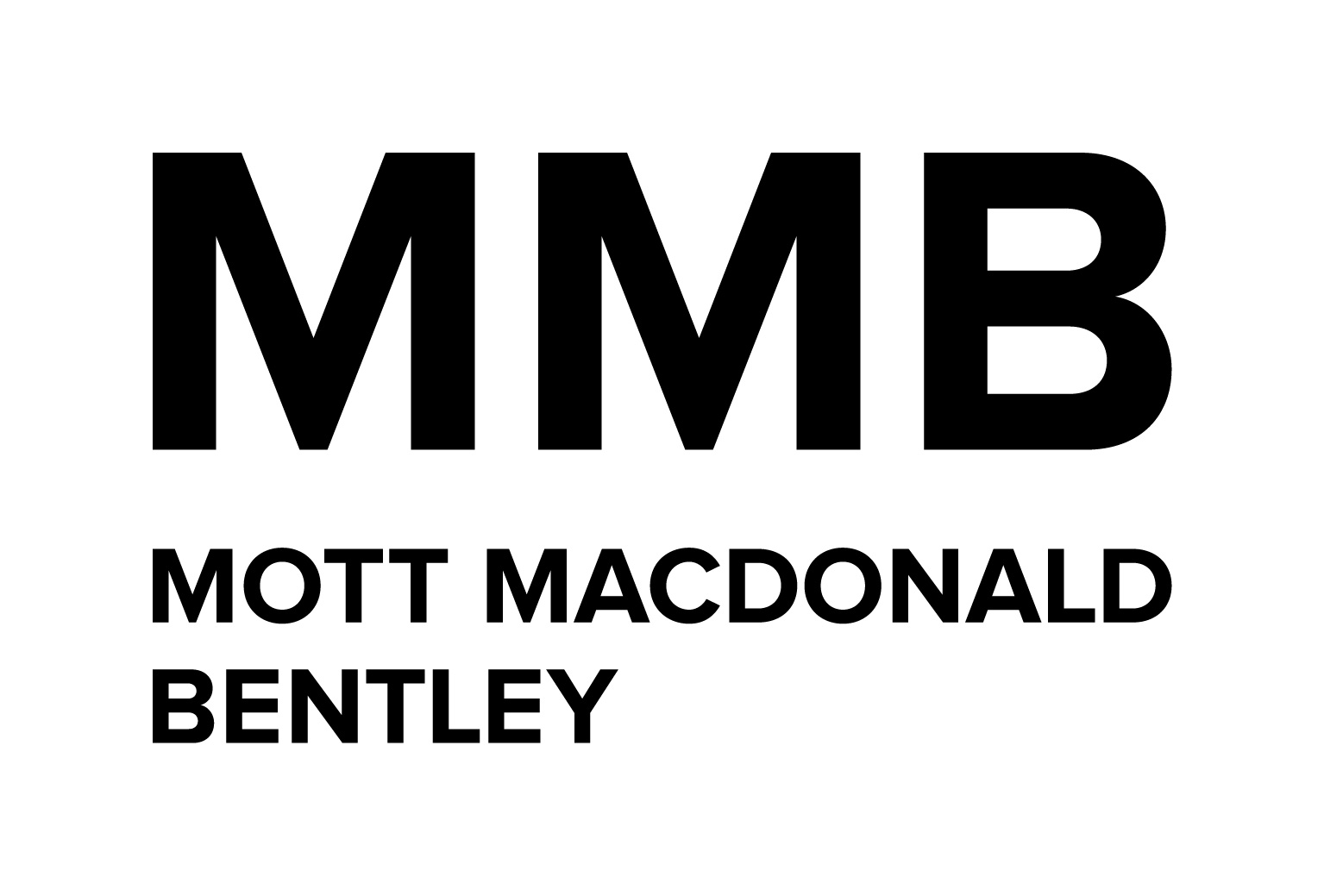 There do not appear to be enough hours in the day to squeeze in the amount of activity undertaken by our winner. On top of running several jobs simultaneously, they use their past experiences of mentoring and supporting peers through 6th Form and Higher Education to drive the organisation’s CSR strategy. They champion schemes including Careers Ready, Construction Ambassadors, North East Local Enterprise Adviser Network, NEUPC engagement and NAWIC mentoring.

To use the words of one of their mentees ‘They have taught me to always keep pushing yourself for personal growth and they have given me the confidence to do so’. 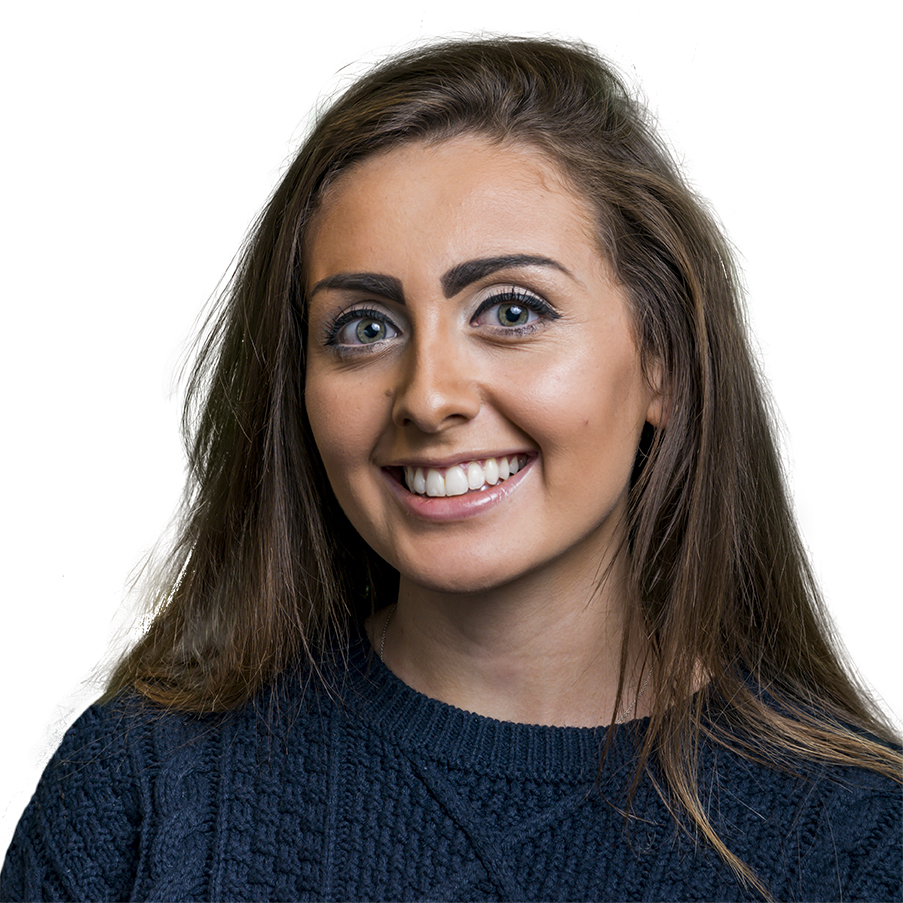 Scott’s dedication and passion has raised the profile of sustainability throughout the region whilst their innovative approach to delivering schemes has resulted in regional and national recognition. They are committed to mentoring future engineers and provide college and university students with work experience and site visits. A natural leader, they play a key role in the promotion of wellbeing and good mental health of staff and have delivered positive change across the organisation and beyond.

Eve is outstanding individual who has taken every opportunity to progress their career. Coming from a non-construction background, they have grown to be a huge advocate for construction, committed to improving the image and perception of the industry. They have excelled in their academic studies, becoming one of the first construction professional’s across the UK to complete the RICS infrastructure pathway to obtain chartered status as well as being one of the youngest MBA students at Teesside University on the Senior Leaders Management Degree. Within their career they have worked on HS2 Phase 1 and then taken learning from that to be an integral part of Northumbrian Water’s AMP6 transition project.

Somehow, they have also found time to complete a two-year tenure as G4C North East Co-Chair, working not only within the region, but collaboratively with other members of G4C nationally, to promote the network and all it stands for.

Even having said all this, I have still only scratched the surface of what this individual has achieved, and we know she will continue to be a credit to herself and the industry in the future. 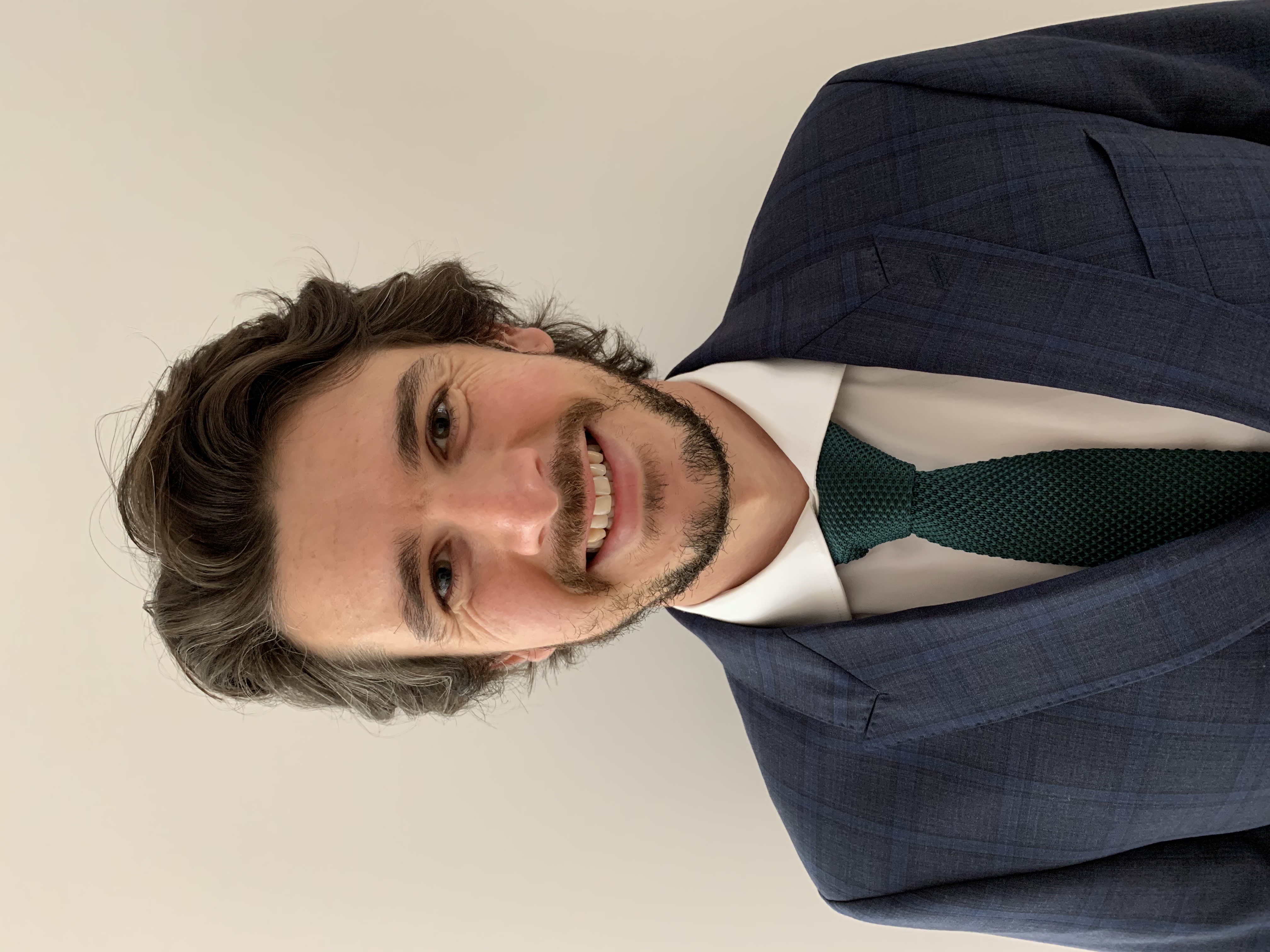 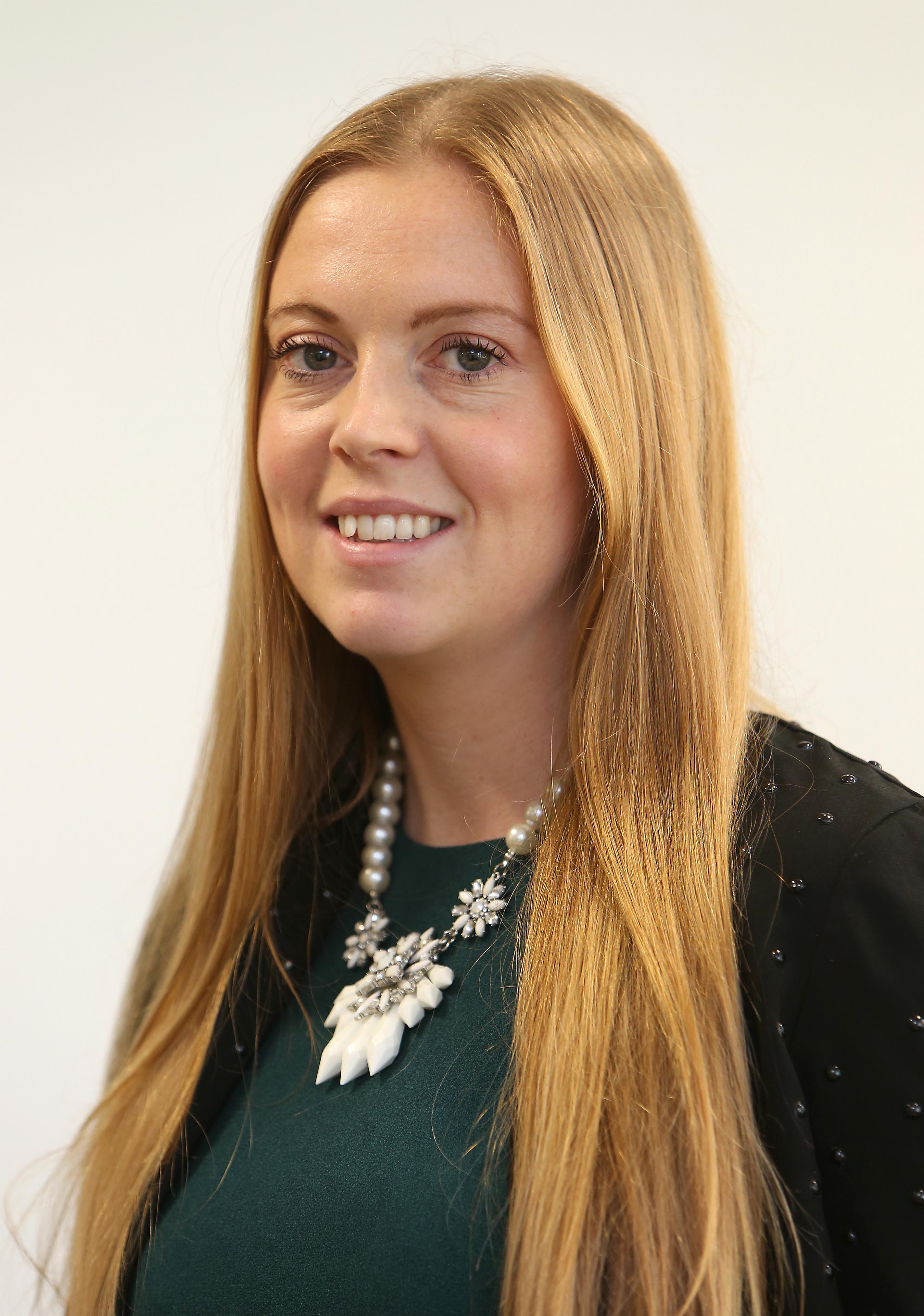